Liverpool winger Sheyi Ojo has not done enough to earn himself a permanent move to loan club Millwall, with the 24-year-old set to become a free agent.

Ojo joined Millwall on a season-long loan on the final day of the summer transfer window, leaving Liverpool for his seventh temporary club in as many years.

After spells with Wigan, Wolves, Fulham, Stade de Reims, Rangers and Cardiff, along with a stint in the Reds’ first team that saw him make 13 appearances for Jurgen Klopp, the winger agreed to see the final year of his contract out at the Den.

With his deal at Anfield due to expire on July 1, the hope could have been to impress enough at Millwall to secure a permanent switch to the London club.

But manager Gary Rowett has confirmed that he would not be pushing to sign Ojo despite his availability on a free transfer this summer.

“I wish him all the best,” Rowett told News at Den. “I don’t think it’s something that we’ll be able to pursue.”

Ojo was initially a regular starter at Millwall, starting 12 of his first 20 Championship games and coming off the bench in four more, before an ankle injury curtailed his progress in January.

Since his recovery, he has only made two further appearances for the second-tier club, clocking a total of 23 minutes in substitute outings against Stoke and Swansea.

He went unused in four consecutive games before dropping out of the squad entirely for the last two, with Rowett quoted by News at Den as explaining he opted for players who would “have the most impact late in a season.”

“Sheyi’s been really unlucky. He came in, had a good impact, got injured and we had to bring other players in,” the manager said. 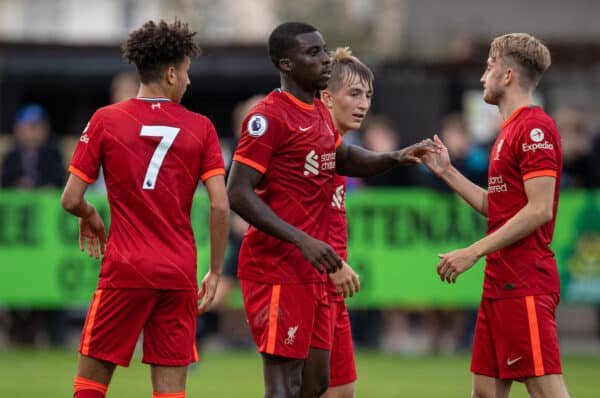 “I’m at the point where I have to pick the players that I think are going to have the most impact late in the season. Unfortunately, Sheyi missed out.

“But he’s a good player and I’m sure he’ll show that in the next few seasons.”

It has been a frustrating senior career for Ojo so far, failing to establish himself as a permanent fixture at any club, and now he is set to end his 11-year association with Liverpool.

Ojo joined the Reds in 2011, becoming the most expensive 14-year-old in football upon his £2 million switch from MK Dons.

No comments to show.